On 16 April 2020, a new Act was adopted by the Belgian parliament to increase the transparency of managed entry agreements (‘MEA’) concluded between pharmaceutical companies and the National Institute for Health and Disability Insurance (‘NIHDI’). MEAs stipulate confidential compensation mechanisms for the Belgian government regarding the publicly-listed price and reimbursement basis of the medicine(s) concerned. The Act provides that if the Belgian parliament’s Chamber of Representatives orders a management audit, then the Court of Audit is granted full access to the MEAs, including their confidential parts.

Based on Article 111 (better known as the old Article 81) of the Royal Decree of 1 February 2018, pharmaceutical companies and the NIHDI can conclude MEAs, which most often relate to new and often expensive medicines. Under an MEA, the publicly-listed price and the reimbursement basis are complemented with confidential compensation mechanisms for the Belgian government. These confidential compensation mechanisms can be (1) financial-based, such as a flat discount or a price-volume discount based on the expenditure, or (2) health-outcome-based, such as performance-linked clawbacks or outcome guarantees. Health-outcome-based conditions are expected to become increasingly important.

The importance to provide early access to medicines even when no final reimbursement decision can (yet) be taken, particularly because the (cost-)effectiveness is still unknown or the budget impact is uncertain, has led to a more widespread use of such MEAs. For example, in 2018, almost 30% of the 2018 budget for medicines was used for medicines under an MEA. This popularity has also come with criticism about these agreements’ confidential nature. In the new Act’s preparatory documents, it is stated that the MEAs’ confidentiality is problematic as it prevents the Chamber of Representatives from performing its control over the Belgian government and the effectiveness of the health budget. The new Act aims to improve the transparency related to these MEAs.

Before the new Act, confidentiality could only be waived for the competent authorities for disciplinary, administrative, criminal or civil proceedings or investigations, or in the event that the pharmaceutical company on its own initiative enters into a joint reimbursement procedure with one or more partner countries. Additionally, the members of the NIHDI’s General Council and of the Court of Audit could request access to the actual evolution of aggregated information and under strict limits. The concerned entities who are granted access must respect the MEA’s confidentiality.

The Court of Audit remains bound by the confidentiality and, in exception to the general principle, the Chamber of Representatives (or its members) has no right of inspection or information as foreseen in Articles 33 and 34 of the Court of Audit’s rules of order.

Importantly, the new Act will apply only to MEAs concluded after the entry into force of the Act. This will happen ten days after the publication in the Belgian State Gazette, which has not yet occurred at the date of publication of this blog post.

Also From This Contributor

On 8 April 2020, the Belgian federal agency for medicines and health products (‘FAMHP’) adopted a consolidated version of its decision (the ‘Decision’) taking the following urgent measures for certain listed medicines (and raw materials) to avoid medicine shortages during the SARS-CoV-2 pandemic:   Wholesalers, full-line wholesalers and manufacturers are obliged to limit their sales to full-line wholesalers and pharmacies for the products concerned to amounts that correspond to the sales for the same period of the previous year increased by a…

CJEU Clarifies When Reverse Payment Patent Settlements Can Be Anticompetitive

In its ruling of 30 January 2020, the Court of Justice of the European Union (‘CJEU’) has clarified for the first time the criteria governing whether a reverse payment settlement agreement concerning a dispute between the holder of a pharmaceutical patent (‘originator’) and a manufacturer of generic medicines (‘generic’) is contrary to EU competition law. In particular, the Court has provided further guidance on whether and when: (i) originators and generics should be considered as ‘potential competitors’, (ii) a patent…

On 3 February 2020 the Act of 20 December 2019 amending various legal provisions concerning shortages of medicinal products was published in the Official Gazette. Except for Articles 2 and 4, which entered into force on 31 January 2020, the act’s provisions entered into force on 13 February 2020. In our view, the new legislation does not prevent pharmaceutical companies from applying quotas, provided that they do not affect the public service obligation of wholesaler-distributors (also known as full-line wholesalers. In addition, we…

The key facts about regulatory reforms in Belgium. Prepared in association with ALTIUS, a leading law firm in Belgium, this is an extract from The Pharma Legal Handbook: Belgium, available to purchase here for USD 99.   1. Are there proposals for reform or significant change to the healthcare system? As of recently, attempts have been made to remedy the unavailability of medicines on the Belgian market. The Act of 7 April 2019 on the unavailability of medicines introduced two measures in this…

Keen to learn more about patents & trademarks in Belgium? Read on! Prepared in association with ALTIUS, a leading law firm in Belgium, this is an extract from The Pharma Legal Handbook: Belgium, available to purchase here for USD 99.   1. What are the basic requirements to obtain patent and trademark protection? The Belgian legal framework governing patents and trademarks is enshrined in Book XI of the Code of Economic Law (CEL). A specific framework for Benelux trademarks is provided by the…

The low-down on the situation regarding product liability in Belgium. Prepared in association with ALTIUS, a leading law firm in Belgium, this is an extract from The Pharma Legal Handbook: Belgium, available to purchase here for USD 99.   1. What types of liability are recognized in your jurisdiction? Belgian law distinguishes two types of civil liability: contractual liability and tort liability. Where the first arises from a failure to execute, respect or comply with contractual obligations, the latter arises when certain acts…

All about marketing, manufacturing, packaging & labeling, advertising in Belgium. Prepared in association with ALTIUS, a leading law firm in Belgium, this is an extract from The Pharma Legal Handbook: Belgium, available to purchase here for USD 99.   1. What is the authorization process for the marketing of new drugs, biologics, medical devices, over-the-counter medications, and other medicinal products? First of all, the medicines must be the subject of clinical trials. These clinical trials must be submitted to the FAMHP and an…

On 8 April 2020, the Belgian federal agency for medicines…

Keen to learn more about patents & trademarks in Belgium?…

All about marketing, manufacturing, packaging & labeling, advertising in Belgium.…

The key facts about regulatory reforms in Belgium. Prepared in… 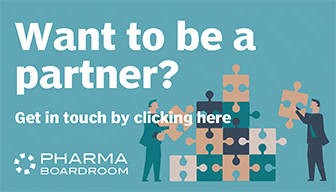 We use cookies to ensure that we give you the best experience on our site. For more info click here